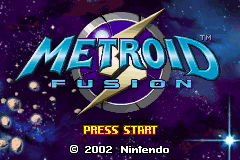 I wanted to implement basic procedural terrain generation ever since I took the AI classes at the university, where we used Prolog and console output for the implementation of AI algorithms. Needless to say, everything looked very unimpressive and lame. Several years later, I revisited the basic AI algorithms in Flash and applied them to the concept of the classic 2d platform game. I’ve used three algorithms to generate a terrain for a side-scrolling game:

After the fundamentals have been laid down, I wanted to nicely visualise them, meanwhile exploring other game development concepts. The majority of side-scrolling games are tile-based. The generated terrain would fit well into this category.

The terrain would have looked plain if only two different tiles were used for every cell. Instead, the cell is rendered according to how the neighbouring cells are laid out. Auto-tiling is a simple method to arrange neighbour sensitive tiles. I am not very good at drawing, so I’ve used a tileset from one auto-tiling tutorial. Tile number 15 is not very well designed, so the auto-tiling might look a bit off to a sharp eye. It’s the graphics, not the code.

Next, I wanted a big terrain with parallax scrolling, so I introduced a backdrop (background layer) that scrolls slower than the tilemap in the foreground. I ripped the backdrop from Metroid Fusion (the SRX sector), one of my all time favourite games.

While I was at ripping the Metroid, I also ripped Samus Aran in all her suits (default, varia, gravity, zero) and wanted to see how she looks in the generated terrain. To exercise the power of the Flash player, I’ve put various instances of animating Samus on every wide enough platform.

Next, I added some environmental effects such as rain and lightning; the graphics for these were ripped from Radiant Historia and Thor: God of Thunder, both fine Nintendo DS games. Finally, I also wanted to aurally appease me with Jochen Hippel‘s famous Future Composer tune from Rings of Medusa, a game that I used to load only to listen to this tune for hours and hours.

You can see the result below. Use cursor keys to scroll around and GUI to regenerate the terrain. The GUI is made with Minimal Comps that I wanted to put to some good use (read: learn how to use them).